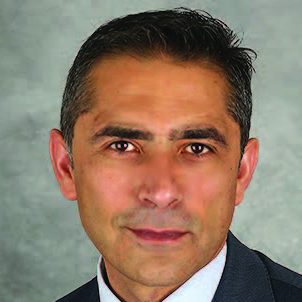 2019-2021 IEEE COMPUTER SOCIETY Board of Governors

Carlos E. Jimenez-Gomez (@estratic) has been an active IEEE Computer Society member for 15 years. Nowadays, he is serving as IEEE CS Member and Geographic Activities Board Vice-Chair for Special Technical Communities (STC), as well as IEEE CS STC Executive Committee chair. He was founding member of initiatives such as IEEE CS STC on Electronic Government, where he served as Chair, being a current committee member. He was founding member and active volunteer of IEEE UNED Student Branch and, later, over the past decade, he was founding member and Chair of IEEE Technology Management Council Spain chapter, as well as committee member of IEEE Spain section and IEEE Computer Society Spain chapter.

Jimenez-Gomez is internationally recognized for his expertise in information and technology in government. He is Distinguished Lecturer of IEEE Society on Social Implications of Technology (R1), and he has also been Distinguished Visitor of IEEE CS (R8 and R9), having a great experience as representative in Spanish-speaking countries and regions such as Latin America. He authored conference papers and whitepapers, edited a book, and published several book chapters and articles; and he has also been keynote and invited speaker in international conferences and meetings.

As practitioner, he has more than 25 years working in the public sector. He was Vice-Dean of the Official Professional Association of Technical Computer Engineers of Catalonia (COETIC) in Barcelona, Spain. In the field of information and technology in government he has worked for governments and international organizations in different countries and continents, especially in Latin America. He is co-author of the Ibero-American Interoperability Framework, officially signed by 21 countries in 2010. His research on digital and open justice has been pioneering. His consulting and research interests include digital government, interoperability, smart cities, open justice or data science.